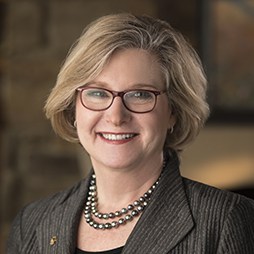 Marta M. Loyd, Ed.D., joined the Winthrop Rockefeller Institute in February 2014. She served the previous 12 years as vice chancellor for university advancement at the University of Arkansas at Fort Smith and as executive director of the UA-Fort Smith Foundation Inc. During her 12-year tenure at UAFS, she helped convert the Westark Community College Foundation into a functional university foundation, led the development staff and volunteers in the effort to raise gifts and pledges totaling $57 million, and transformed the board of directors to incorporate transparency and active engagement.